The Difference Between Trauma, PTSD, and Complex PTSD + A Video 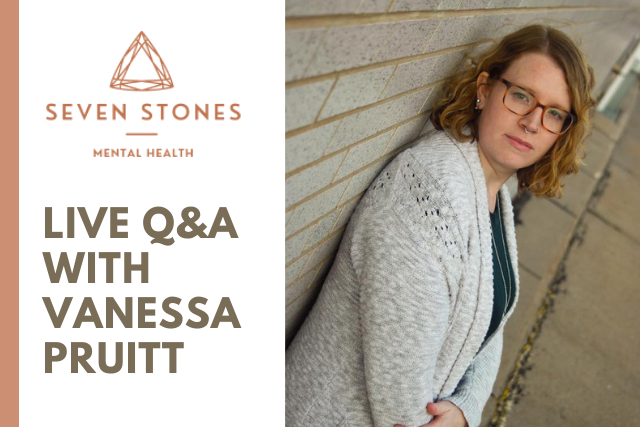 I'm answering the question: What is the difference between trauma, PTSD, and complex PTSD (c-PTSD)? I'm a provisionally licensed mental health practitioner in Grand Island, NE, and a certified trauma professional (CTP) offering trauma therapy throughout Nebraska via telehealth.
I go live on Fridays on my Instagram and Facebook page to answer your questions anonymously. You can ask your questions under any post. If you don't want to post your question publicly, you can just message me on my Facebook page.

So what is the difference between trauma, PTSD, and complex PTSD?

The traumatic event could be any number of things.  And you can have trauma or have experienced trauma without necessarily meeting the criteria for a diagnosis of PTSD or complex PTSD.

Trauma can also result from being a witness to any of the above traumatic events, even vicariously (witnessing the event indirectly). Sometimes we can have trauma from hearing about events or being a secondary witness to an event.

The term complex trauma can also be used in a more generalized sense to describe an emotional response to experiencing or witnessing prolonged or repeated exposure to traumatic events.

What is PTSD (Posttraumatic stress disorder)

PTSD is an official diagnosis of a mental health disorder caused by experiencing a traumatic event.

Here is a summary of the criteria for a diagnosis of PTSD for adults, adolescents, and children older than six years. These diagnostic criteria are based on the Diagnostic & Statistical Manual (DSM-5).

Criterion C is persistent avoidance of stimuli associated with the traumatic event:

Criterion D is negative alterations in cognition and mood, beginning or worsening after the traumatic event:

Symptoms must be present for more than one month after the event and they must cause clinically significant distress or impairment in social, occupational, or other important areas of functioning.

The Difference Between PTSD and Complex PTSD

First, it’s important to note that complex PTSD (c-PTSD) is not currently a DSM diagnosis. And unfortunately, most insurance companies in the US use the DSM-5 for diagnostic criteria. So currently, even if a clinician has a good understanding of complex PTSD and thinks that their client may be suffering from complex PTSD, they're probably going to use a PTSD diagnosis with specifiers to clarify what is going on with the client.

That being said, the International Classification of Diseases (ICD-11) identifies complex PTSD as a separate condition. That is exciting for the mental health field!

The World Health Organization (WHO) recently released the 11th edition of the International Classification of Diseases. This release was presented at the world health assembly on May 25th, 2019. It will be adopted by member states on January 1st, 2022.

That is a huge push for Complex PTSD to become a recognized condition. I personally think that's important because the varied profile that we see in complex PTSD and the treatment for complex PTSD is typically quite different than that of just PTSD.

Because complex PTSD is a relatively recent concept, we're still working on getting it recognized throughout the mental health community.

What is Complex PTSD?

Complex post-traumatic stress disorder is the result of multiple traumatic events occurring over a period of time, often referred to as complex trauma.

It's typically interpersonal and typically the result of prolonged or repeated abuse, neglect, or torture (physical, emotional, or sexual). It can also be the result of a combination of traumatic events.

The causes of Complex PTSD include:

What are the symptoms of complex PTSD? And how do they differ from those of just PTSD?

In the ICD-11, three symptoms of PTSD criteria must be met and these include:

In addition to these three symptoms of PTSD, there must also be a symptom in each category of three disturbances of self-organization (DSO).

You will notice these are also pretty similar to the PTSD diagnosis in the DSM.  But I think they look a little bit different in the complex PTSD diagnosis.

The three domains of disturbances of self-organization (DSO) include emotional dysregulation, interpersonal difficulties, and negative self-concept.

People with complex PTSD, in general, meet more of the criteria for the DSM diagnosis of post-traumatic stress disorder with dissociative symptoms (e.g. depersonalization and derealization.)

These include things like feeling detached from oneself or like an outside observer of your life, feeling like you’re in a dream, like you or your body are unreal, or that the world is not real. This also includes feeling like the world is distant or distorted.

If you think that you or a loved one has experienced traumatic events and suffering any of the symptoms mentioned in this article, help is available.

Find Trauma Therapy Near You

If you live near Grand Island, Nebraska you can search here for Nebraska Trauma Therapy.

Other great resources for finding a trauma therapist include: Vanessa is a Provisionally Licensed Mental Health Practitioner in Nebraska and holds an MS in Clinical Psychology. She is a certified trauma professional and has a special interest in helping clients heal from trauma and complex trauma. If you live in Nebraska and are interested in working with Vanessa, you can set an appointment through Alfrey and Pruitt Counseling 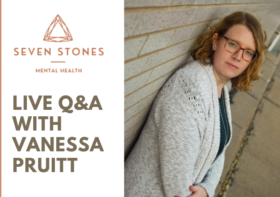 How to Bring Up Trauma With My Therapist: Live Q&A 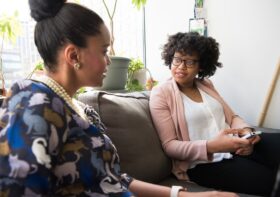